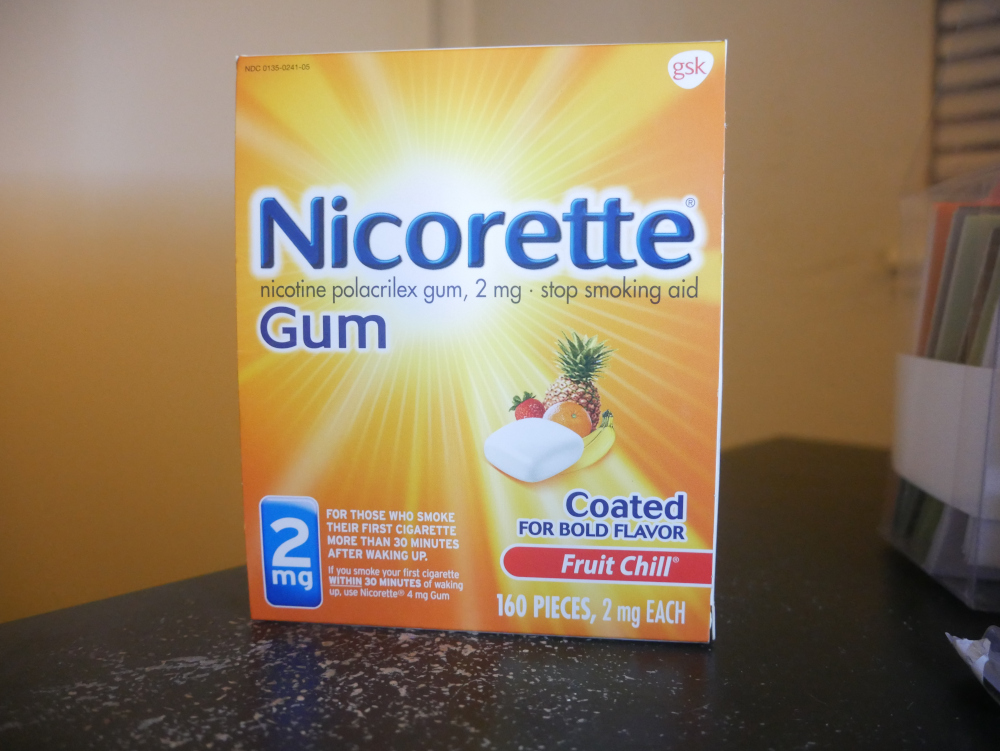 As I sit down to write this post I quickly crack open a couple pieces of Nicorette and pop them straight into my mouth. I begin to chew and feel the fruit chill flavor burst open. I have to say, I thought it would taste much worse. It’s really not that bad, and within 5 minutes of chewing I begin to feel the signature effects of the Nicotine – increased focus, stimulation, and energy. There is a subtle boost in mood and working becomes much easier. In fact, I begin to enjoy myself.

What is going on with Nicotine? Isn’t that the evil stuff in tobacco products that gives you cancer? Well, not quite.

Nicotine is the primary psychoactive component present in the tobacco leaf. It’s true, the many addictive properties of cigarettes and other products can be attributed to the Nicotine. However, there are other compounds in tobacco which contribute to the cancer causing carcinogenic effects – a completely different story. One study found inconclusive evidence that Nicotine by itself was carcinogenic, although did note that Nicotine increases cell proliferation and may cause cancer to spread more rapidly through the system.

Nicotine exerts its influence in the brain through a number of mechanisms. Nicotine binds in the brain to Nicotinic Acetylcholine Receptors. Certain subunits of the nAChR complex are thought to be involved in the learning process, one reason why Nicotine increases cognition. Once Nicotine binds to these receptors it causes certain neurotransmitters like Dopamine and Acetylcholine to flood in. Stimulating chemicals like norepinephrine are also released. As a result, blood pressure increases leading to heightened awareness and stimulation. All of these actions and mechanisms contribute to the cognitive enhancing properties of Nicotine.

Of interest, Nicotine increases a mechanism in the brain called Sensory Gating. This is the brains ability to filter out redundant environmental inputs and is of particular interest to Schizophrenics. Most Schizophrenics are chronic smokers and science believes there is a good reason – the Nicotine is helping their brain. Schizophrenics have an inefficient sensory gating mechanism and receive many environmental inputs all at once with little filtering.  Just imagine, all inputs from all 5 senses flooding in! It’s hard to imagine life as a Schizophrenic because a normal brain filters out unneeded inputs automatically. Nicotine appears to help many mental conditions… In fact, a vast majority of smokers suffer from preexisting mental conditions like Anxiety and Depression. Could the Nicotine be therapeutic? It would certainly appear that way. Nicotine is even being studied as a novel treatment for Alzheimers and Parkinsons. In Parkinsons disease there is an inverse correlation with smokers, meaning smokers develop the condition at a far less rate compared to non smokers. Nicotine could present itself as a novel treatment alternative to such debilitating illnesses.

Just how addictive is Nicotine? Well it really depends on the delivery mechanism. Take smokers for example. When you inhale tobacco, the Nicotine is rapidly absorbed into the blood stream and immediately rushed to the brain. Drugs with a more rapid onset tend to have a more addictive nature. Slow the delivery system down and the drug becomes less addictive. Nicotine gum for example has a slower absorption rate compared to smoking…and there are other factors to consider. While Nicotine gum may be less addictive than smoking, both release dopamine and you may begin to associate certain activities with the Nicotine experience. You may begin to associate sitting down at the computer with chewing a couple pieces of 2mg Nicorette fruit chill. Sudden cessation of the gum may disrupt your ability to work at the computer efficiently. The brain has become dependent on the Nicotine and normal feel good chemicals like Dopamine are down regulated. Your brain seeks the drug to become normal again. This is called dependence and only time and complete abstinence can heal such imbalances. This is why I recommend cycling Nicotine. Once a day 3 times a week is probably a good launching point.

Having experimented with Nicotine I do find it therapeutic. It seems to be stimulating but does not increase anxiety. The Nicotine feels calming and there is a certain level of focus that can’t be denied. Nicotinic receptors quickly become desensitized so you’re getting about 30 – 45 minutes of actual Nootropic value. This is why smokers may smoke up to a pack a day. The effect quickly leaves and the user must seek the compound once again…another reason why Nicotine can be intensely addicting. I find it works well with other stimulating Nootropics like Phenylpiracetam which have a longer duration. 200mg Phenylpiracetam + 4mg Nicotine gum + cup of coffee is a true powerhouse Nootropic stack, probably best saved for days where you have tons of work to power through. Such stimulation will inevitably produce a crash later on in the day, and you might find yourself looking for more stimulants during the downswing. It’s best to sleep it off and allow the brain its proper recovery time.