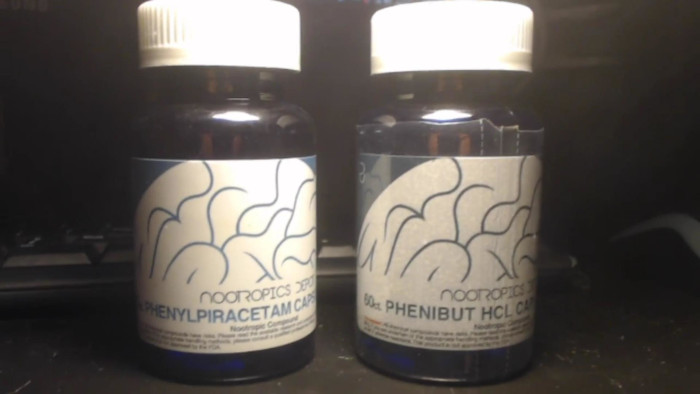 I field lots of questions from new Nootropics users both in email and via the YouTube comments. A good chunk of those questions concern taking X Nootropic with Y Nootropic.

Can I stack Phenylpiracetam with ALCAR?

Can I take Phenibut and Modafinil?

Do the racetams stack well with Noopept?

The thing is, there is no clear cut answer to these types of questions but I can give some seasoned advice having years of taking these compounds. The answer is of course YES, you can combine any Nootropics you want. The question is whether or not those stacks are going to give you any positive results.

Let’s say you want a solid stimulating stack to fully attack the work day. Well, it wouldn’t make sense to add in something like KSM-66 or Sensoril  because of their notable calming and relaxing effects. Taking both stimulating and calming Nootropics is similar to having your foot on both the gas and the brakes. They cancel each other out.

The other aspect of this question is each users unique relationship to Nootropics. People react differently to Nootropics. Phenibut for me personally is quite stimulating. This is of course a parodoxical effect as Phenibut acts as a sedative in most people. You really need to experiment with a particular Nootropic long enough to understand the effects it has on you. Take crucial notes and markers on things like your energy levels and overall productivity. Once you truly understand your relationship to this Nootropic you can then start adding in other compounds. You may find certain combinations yield negative results or unwanted side effects. In these cases, go back to the drawing board and try other combos.

Stacks that on paper look like they would go well together sometimes don’t. Stacks that look like they would NOT go well together sometimes do. Modafinil and Phenibut is a popular recreational stack despite one being an “upper” and the other a “downer.” As you can see combining Nootropics is not always a black or white decision but a decision based on how you feel after taking them, and taking notes on the overall effects.

There are certain Nootropics which usually stack well in many combos. One of these Nootropics is L-Theanine. L-Theanine is ultra powerful in stimulating stacks and smooths out much of the frenetic anxiety caused by some of the more hardcore energy drivers. It does all of this while still allowing the stimulating properties of the stack to do their job. It’s also a great Nootropic to wind down the day. It’s really one of those swiss army knife Nootropics I recommend everyone have in their arsenal.

I also think people get too caught up in finding the best stack. Often times you can get great results out of a single Nootropic. With some Nootropics like Phenylpiracetam there’s no reason to bring in other compounds. Sure, you can, but Nootropics are powerful in their own right. You don’t need to bring anything else into the mix. The truth is finding a good stack takes time and effort on your part. You need to get the doses right and discover effective combos. This can take time. For the average user they’ll get a lot more out of sticking with a single Nootropic, perhaps adding in L-Theanine and Coffee which are generally well tolerated and stack well with most compounds.

If you don’t want to go through the effort of creating your own custom stack, watch my video below called “Just Buy Modafinil.”