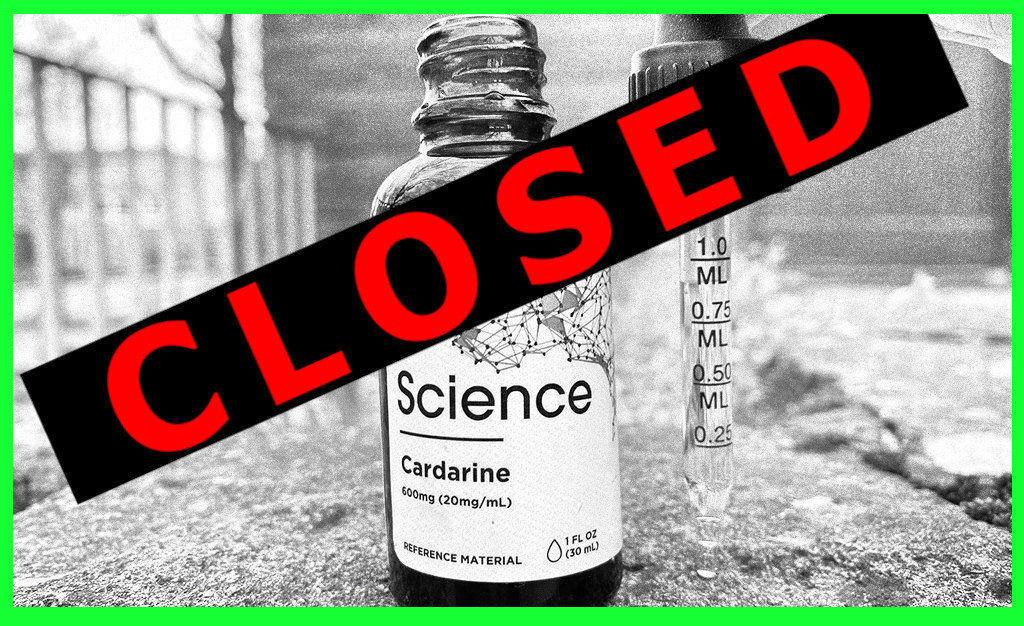 In a bit of industry news we have a few things. First, sometime in December 2021 Science.Bio announced they were closing up shop. In their FAQ they cite regulatory restrictions as the reason. Digging into Reddit we find a more detailed response from the company: 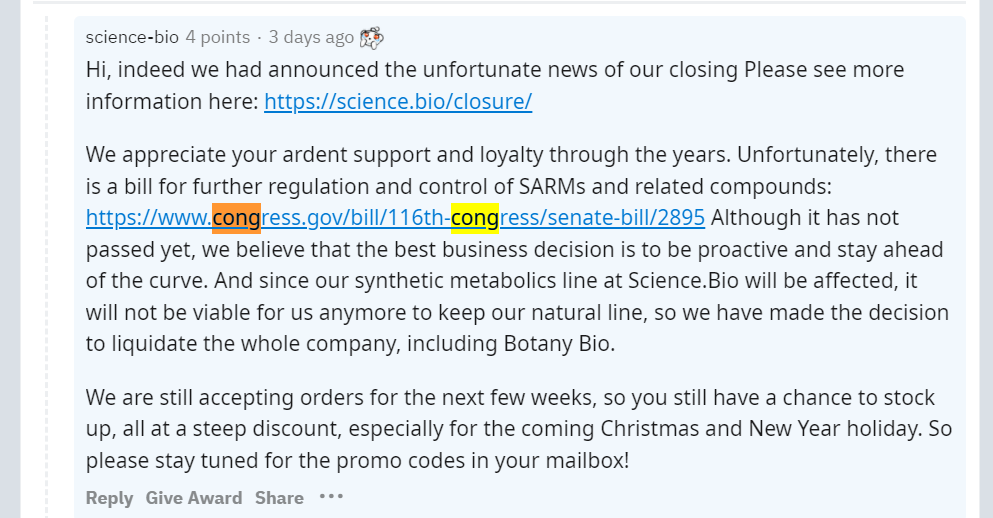 Regulatory action is often the downfall in this industry and unfortunately Science.bio deems it no longer viable to stay in business. Even though they carried other types of products, their line of SARMS probably made up the bulk of their sales.

This leads us to the continued racetam shortage from heavy hitting Nootropics vendor Nootropics Depot. We saw their stock deplete before but was assured more would be on the way. This turned out to be the case but now we find ourselves here once again. I wouldn’t be all too concerned if this was an isolated incident, but it appears other vendors like Peak Nootropics are not only out of racetams, but closing completely.

This is signaling some potentially serious problems for the racetam pipeline. It’s unclear what the ultimate culprit is but I imagine it’s a mix of regulatory, customs issues, or perhaps manufacturing problems. We know Nootropics Depot has been stepping away from the racetams by shoving them to the back burner of their site, and opting to promote their more natural line of products. Obviously they read the writing on the wall and predicted problems with these Nootropics.

In the case of Piracetam I do suspect it’s no longer being manufactured. While many vendors seem to have a mix of available racetams, not a single one has any Piracetam, and it has been this way for quite some time. Something unique is happening with Piracetam that isn’t effecting the others. Is Piracetam not a profitable Nootropic anymore for vendors? Is it simply too costly to ship or too bulky to sneak by customs? Who knows. Somebody out there knows but they’re not telling us.

In good news, Pure Nootropics has all the racetams in stock (minus Piracetam.) They appear to be the only vendor with any kind of healthy inventory (at the time of this writing.)

I’ll continue to report on the situation.

Join the DISCORD to stay at the cutting edge.