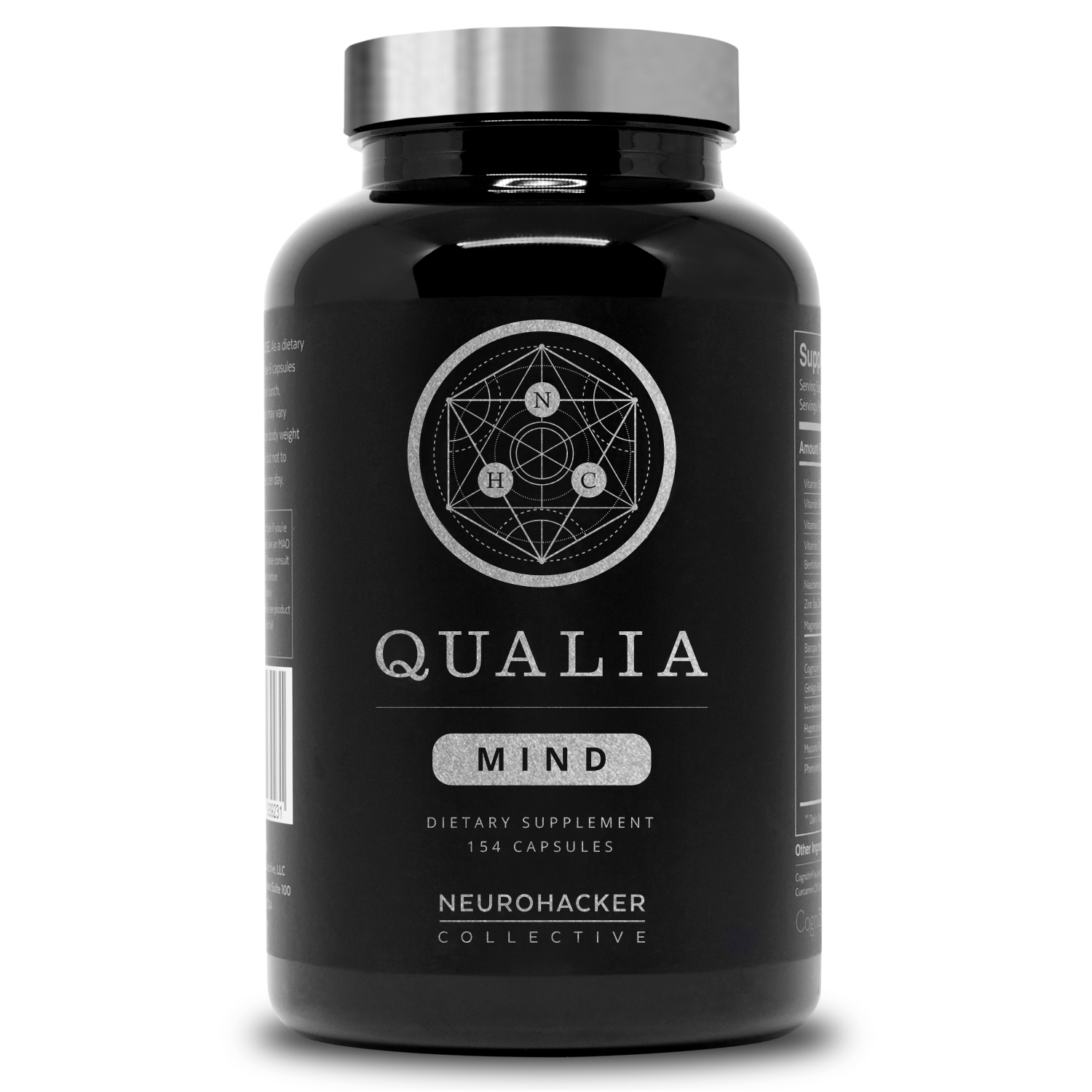 If you’re new to Nootropics you’ve probably been funneled into the idea of buying one of these premade Nootropics stacks like Alpha Brain and Qualia. Perhaps you’ve been sold on their marketing campaigns which promise increased brain performance and limitless potential. Looking at their site you can clearly see just how carefully formulated and rigorously researched the stack is – every ingredient hand selected by the greatest scientists of our time. And who wouldn’t believe them when there are pictures of scientists peering through microscopes on every page? Many of the supplement brands and Nootropics influencers like Ben Greenfield have been payed well to promote the product, shilling it at cringe level frequencies.

Perhaps I’m being a bit sarcastic here but there’s a reason I’m not a fan of Qualia. I am by no means suggesting the stack can’t work for some people but there are a number of reasons why I can’t recommend these premade Nootropics stacks.

The first reason is these premade stacks violate the number one rule of successful Nootropics experimentation. That is, starting with a single Nootropic and then stacking from there once you know you react well. The thing is, you’re not going to react well to ALL Nootropics. You will be unresponsive to many of the ingredients and some Nootropics have the potential to cause unpleasant side effects like brain fog and headaches. Why waste money on Nootropics which deliver no value to you?

There are reasons why starting with a single Nootropic is a good idea. Let’s say you take a stack with 4 ingredients. If you observe a negative response from the stack how do you know which Nootropic caused the negative reaction? What if 1 out of those 4 ingredients could work well for you? You’ll never know what is causing the negative response if right out of the gate you start popping multiple Nootropics. Starting with a single Nootropic allows you to effectively determine the overall efficacy of that Nootropic. If you know you respond well to a single Nootropic you can then begin to stack on other compounds. If you receive negative effects when including additional supplements you know it’s not the original Nootropic because you’ve already determined it works well. You simply remove the offending Nootropic and try something else.

Qualia includes too many ingredients to generate an efficient/personalized stack. If something goes wrong it’s impossible to deduce the cause.

Sure, you see stuff like Alpha GPC in the stack but where are the real Nootropics? There are no racetams in the stack. There is no Noopept. In my mind the real heavy hitting Nootropic compounds are the synthetic varieties. I’m not saying the “natural” compounds have no value. I am saying calling something a Nootropics stack when there is not a single racetam in the mix is a bit disingenuous considering Piracetam literally gave birth to Nootropics. But I get where they are coming from. These synthetic compounds operate in a grey area of legality and they are covering their asses. The end result of playing it safe is a stack which lacks any real kick.

Companies love to throw in lots of Choline into their stacks. Qualia contains multiple different Cholinergic sources including Alpha GPC, Citicoline, and Huperzine A. For many individuals a heavy Cholinergic response can induce Depression and brain fog. Too much Choline can have negative returns on mental performance. Choline can work well for some but certainly not for everyone.

The last reason is the cost of the stack. Currently you will pay upwards of $130 bucks for a single bottle of the stuff. They cut 50% off the bill if you subscribe to their monthly autoship program. For that price you can get yourself some Modafinil and some Phenylpiracetam and still have money left over. I guarantee you’re going to experience much more measurable results with those compounds.

Overall these premade stacks like Qualia are a shotgun approach to Nootropics. While there is a chance it could work for you, there’s also a chance it could be a total flop. On top of that the price is too much to justify the purchase when you can get Modafinil at a much more attractive price point.