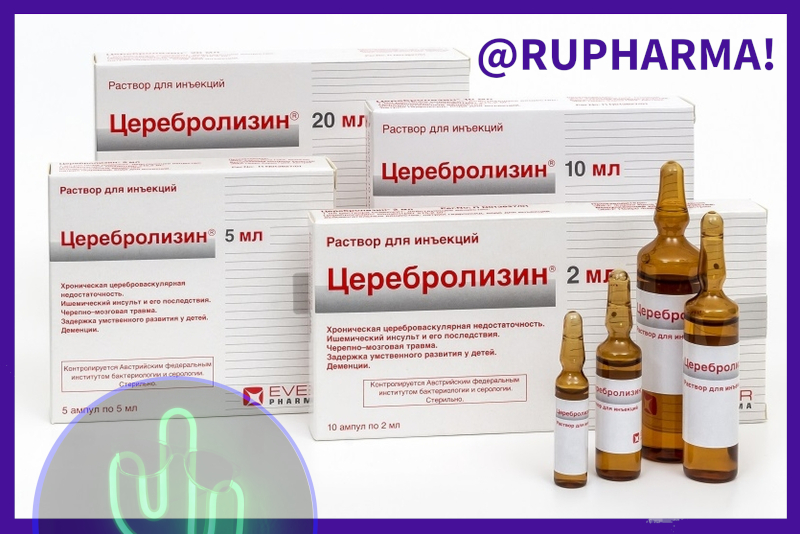 In todays post I’m bringing you 2 Nootropics you’ve probably never heard of. This is Pinealon and Cerebrolysin from RUPHARMA. Rupharma is a vendor I’ve been using for years and they have no shortage of new and novel Nootropic compounds to try out.

2 compounds I’ve been researching are Pinealon and Cerebrolysin. Both of these Nootropics have been studied for their potential positive effects on patients with degenerative cognitive diseases like Alzheimers and Dementia with promising results. It should be noted that most Nootropics gain their traction in the Alzheimers/Dementia/stroke research sections of medicine. While most of us using Nootropics don’t have a neurodegenerative disease, many of these new and novel compounds have benefits for the healthy brain.

Let’s dive into each of these below.

Pinealon is a synthetic peptide extracted from animal brain (the vegans are going to love this one.) The compound contains specific amino acids which enter into the brain and restore/repair damaged tissue, bolstering mental capacity and improving cognitive processes. Pinealon is used in the initial stages of peptide therapy. Peptides like Pinealon are used in peptide therapy to restore damaged cells and proteins with the goal of building brain function and increasing cognition. Restoring damaged proteins and tissue within the brain can have a host of downstream positive effects. Well being could improve, and this includes better memory, reduced Depression, and overall feeling sharper and on point.

Research from Russia suggests Pinealon is Anabolic within the brain and reduces oxidative stress. Both of these effects may stimulate an anti aging response, slowing down the effects of aging as you grow older.

Piracetam has a similar response in the brain. Piracetam improves both glucose and oxygen uptake in the brain, a key effect of the Nootropic. It looks as if Pinealon could provide similar benefits or better benefits. If you’re a Piracetam non responder (or even if you benefit from Piracetam) Pinealon could be a potential alternative or addition to your stack.

Cerebrolysin is a peptide derived from pig brain (another vegan classic.) It’s widely used in Russia to treat Ischemic Stroke. It also seems to have a lot of positive effects on vascular Dementia. It’s well studied unlike many Nootropic compounds, with over 200 studies of Cerebrolysin in the context of stroke patients. To what degree a normal healthy person will see benefit isn’t entirely clear although this is the case with most Nootropics. Things like Cerebrolysin could hold a lot of value for select individuals.

This one however may be out of reach for the average Nootropics enthusiast as it’s only available via intramuscular injections.

Cerebrolysin has many positive Reddit reviews. Given the numerous studies and positive reviews, this one is interesting for those seeking something new and potentially cognitive enhancing.

Rupharma is a Russian vendor. I’ve ordered from them a couple times and received both packages. I’ve tested products such as Semax and Piracetam with positive results, especially regarding the Semax. They have a lot of interesting compounds and I can honestly recommend them as a vendor.

Check them out to order and learn more information about these Nootropics.