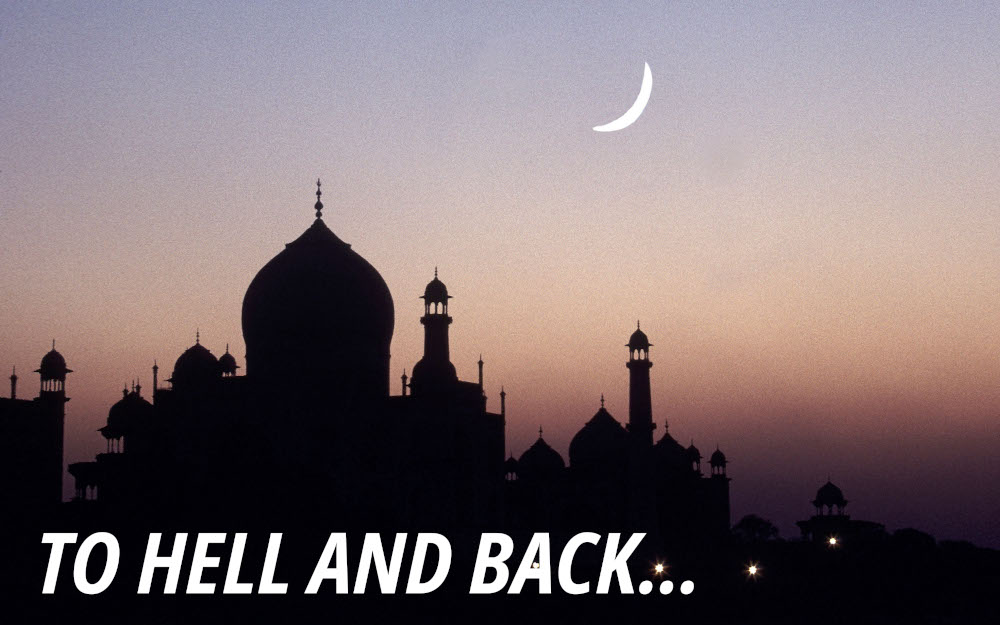 Note from Editor: The following is a user submitted experience.

My experience with Phenibut all started when I was accepted into the Islamic University of Medinah. My life long dream of studying in the City of the Prophet came to fruition when I received my acceptance letter. Except there was one major problem, I was a raging alcoholic. I knew I had to kick this destructive sinful habit, if I was to move and live in Saudi Arabia. I always have had problems with addictions, but my alcoholism was the greatest cause for alarm. Not only was it interfering in my life, but it was extremely displeasing to Allah.

Beyond this, there was no way for me to keep up this habit, as alcohol is strictly prohibited in Saudi. The acceptance into the University was the final sign from Allah that I needed to stop with this disgusting habit. I began searching for guidance on the best ways to kick this habit. I stumbled upon a website talking about various nootropics, among them being Phenibut. It explained that the drug was developed in the Soviet Union, and was prescribed to treat anxiety, depression, and most importantly Alcoholism. With further research from various websites and reports from users, I decided this compound was right for me.

I knew from reports that the substance can be moderately addictive, and can have some serious withdrawal symptoms. Despite this I decided these negative effects were worth the risk, as my lifelong dream was to become a student of knowledge, in the city of the Prophet. I ordered some from Nootropics Depot and began using it to wean myself off the alcohol. The first dose I took was about 1 gram. I had ordered the powdered HCL version of the drug, and bought a scale. I mixed it in a glass of water and was turned off by the salty taste. Despite the salty surprise, I was mesmerized by the analgesic effect I had experienced. While it did take many hours for the dose to kick in, when it finally did I knew this compound could easily replace my Alcohol addiction. Not only did the drug give me a great sense of euphoria and anxiety relief, it also allowed me to be even more sociable. I remember during Friday prayer at the Masjid, I was chatting with all the brothers, talking about how amazing Allah and the Prophet Muhammad were.

After a few weeks of daily use, I no longer had any interest in alcohol. Not only was my faith in Islam increasing, but I was sinning less and less. I also began to enjoy the Phenibut much more than the alcohol. As my daily habit continued, I noticed very little negative effects. I did not experience hangovers, and I was able to function much better than when I was a drunk.

As the weeks went on, it was finally time for me to officially move to Madinah to begin my education at the Islamic University. When I landed in Medinah I was thrown into a brand new world. The language was foreign, the people and customs were unrecognizable, and I was not given any help in the first few weeks. Even taking the taxi to the dorms was a rather hard experience, but I was determined not to give up. As the foreign environment began to stress me out more and more, I began to use Phenibut more and more. By this point I was easily pushing a 3.5 gram per day habit. While life was great while using the drug, I knew if I stopped there would be hell to pay. I was in the Arabic institute, and learning the Classical Arabic of the Quran had a very high learning curve. With my faith in Allah, and the compound of Phenibut, I was able to continue my studies and curb my anxiety.

Fast forwarding a couple semesters, and I had completed my studies in the Arabic language. My new home was becoming more and more familiar to me. Not only was I able to read the Quran, but I was able to communicate with essentially anyone. I was able to order food, communicate to a taxi driver, ask people for directions etc. By this point my Phenibut habit was beginning to spiral out of control, I was taking upwards of 5 grams per day, and the effects were barely noticeable. I was simply using the drug to feel normal. No longer did I experience any euphoric or analgesic effects. By this point I realized I needed to get off the drug. My throat began to hurt as I was drinking huge amounts of caustic hydrochloric acid. Not only was my throat getting sore but I began feeling effects on my stomach and digestive system. I realized my use of Phenibut had taken the place of my alcohol use. I had replaced one abusive substance with another. I decided then and their, that with the help from Allah I would quit cold turkey.

The first day was not too bad. I had experienced very little anxiety, as the effects from yesterday’s dose were still working in my body. It wasn’t until night time that I began to really understand the extent to which I was addicted. As soon as my head hit the pillow my mind began to race. By this point, much of the synthetic GABA had left my brain, and I was left with an overactive mind. I spent the entire night tossing and turning, completely unable to sleep. It was the worst night of my life. The next day I was so tired and anxious that I seriously began to question my sanity. Not only was the lack of sleep seriously affecting my studies, but the withdrawals compounded these problems 10 fold. By the 2nd night I was able to sleep for a couple hours. Every 30 minutes I would wake up in a panic. I had extremely demonic thoughts, and I began to realize how truly messed up my mind had become. This went on for weeks, and my mental state had seriously deteriorated. Eventually I began to come out of the withdrawals, and my sleep began to return to normal. I implore anyone who reads this, DO NOT TAKE THIS COMPOUND EVERY DAY FOR YEARS ON END, IT WILL MESS YOUR MIND UP. Allah knows best. Tawhid.