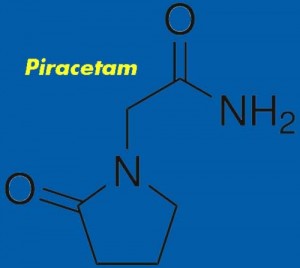 The racetams are a special class of nootropics. In fact, Piracetam is the original nootropic that started it all. Since the synthesis of Piracetam other racetams have been formulated each with their own unique properties. Experienced users of nootropics will tell you each racetam is unique and powerful in its own way. This is true. I’ve experimented with most of the racetams and in this post will shed light on the best racetam for your own personal use.

Piracetam is the original formulation and considered the first ever nootropic ever synthesized. Its original conception and synthesis was well documented and scientists discovered it modulated certain aspects of the brain in some very interesting ways. Piracetam is neuroprotective and boosts overall cognitive functioning in the brain. It does this through a number of mechanisms like increasing Acetycholine levels and allowing the brain to utilize oxygen in a more efficient manner. What can I say about Piracetam? It was my first introduction to nootropics and I quickly realized just how powerful this compound was. Memories I had long forgotten about resurfaced to consciousness and I experienced an overall boost in mental energy. It’s a subtle yet powerful cognitive boost operating just below the surface.

Piracetam is the nootropic I always recommend to first time users.

In terms of my favorite racetam it’s a tie between Piracetam and Phenylpiracetam. Phenlypiracetam is much stronger than Piracetam in terms of how much you have to take to reach a desirable effect. Phenylpiracetam delivers many of the same cognitive boosting properties of Piracetam but also adds a physical component. Phenylpiracetam increases overall physical energy to the point that it’s a banned substance in professional sports as dictated by the World Anti Doping Agency. Phenylpiracetam is a truly great all around nootropic. You know you should be exercising. In fact, exercising is one of the greatest things you can do to boost overall brain function. The problem is getting started and mustering up the energy to hit the gym or get outside. Phenylpiracetam is the mental and physical rocket fuel you need to truly start smashing out your fitness goals.

Extremely powerful. Honestly too much for me. Pramiracetam is the strongest racetam of the group and delivers potent mental energy to the point of mania. If you are bi polar consider taking it easy on this one. Many racetams can induce mania but Pramiracetam seems predisposed to trigger episodes. If you’ve tried the other racetams with lack luster results consider Pramiracetam as a last ditch effort.

Oxiracetam has a speedy type of stimulating effect. It really jolts the brain awake in a way the other racetams don’t. Similar to Pramiracetam, Oxiracetam can be too stimulating for some. I like to use Oxiracetam in smaller amounts, stacked with something less stimulatory like Piracetam. It’s a great racetam to have when you need just a little more boost than usual. Consider picking up some L-Theanine to take the edge off of any potential anxiety experienced when using Oxiracetam. I find Oxiracetam is best used in conjunction with other racetams and in smaller doses.

There is a special place in my heart for Aniracetam. It’s perhaps the most unique racetam of them all. It’s very chill and anxiolytic as opposed to mentally energizing. Music sounds amazing. Colors pop. Aniracetam is always the racetam I recommend to musicians and other creative types. There’s a creative component to Aniracetam you don’t get with the others. I’d argue Piracetam puts you in a logical state of mind while Aniracetam stimulates creativity. It’s also a solid choice if you’re looking to take the edge off your anxiety.

Fasoracetam has recently received a lot of positive experiences from nootropics enthusiasts. It’s notable in its ability to boost mood and overall feelings of well being. Fasoracetam modulates GABA and Acetycholine in the brain and users report feeling less depressed and less anxious. This is somewhat common across most racetams but appears to be more pronounced in Fasoracetam. If you’re looking for a racetam to boost mood consider Fasoracetam.

Choosing the best racetam is a matter of looking at your goals and picking a compound best suited to whatever tasks you need to get done. Remember, always start with a single racetam before stacking with the others. While many of the racetams do stack well together, you may not respond to all racetams in the same way. Go slow, take your time, and really get to know each racetam on an individual level. From there you can start diving deep and creating truly powerful custom stacks.

sold! haha! honestly, you had me at ‘piracetam’ – haha